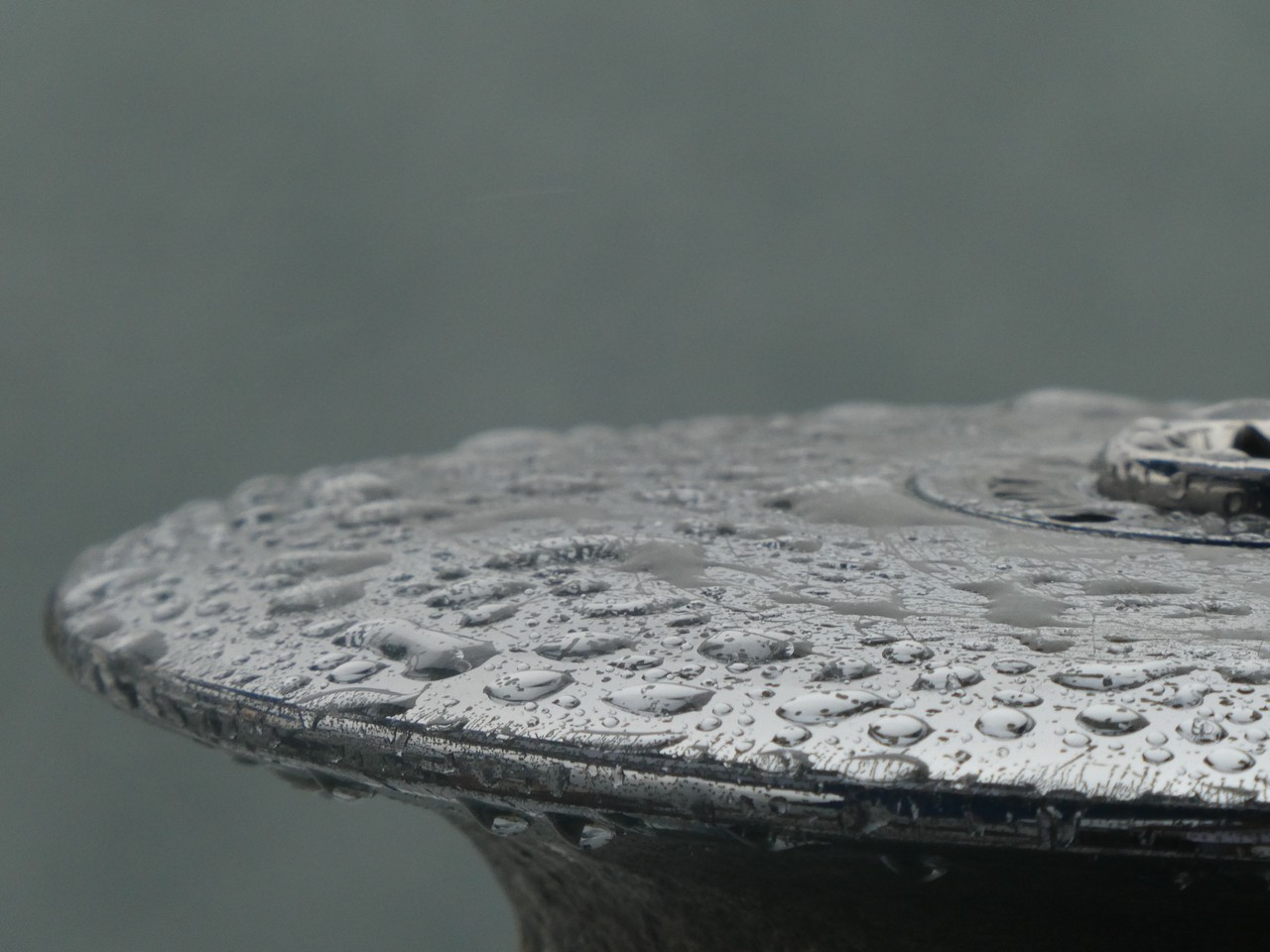 Time and tide wait for no man. The hands on a clock and time tick inexorably forward and every year we all get older. An event which has been on the radar for a while is now due. It’s Fiona’s birthday, she’s a year older and treats were on offer.

Before birthday treats could be unwrapped the treats on offer at Ila Ons had to be explored. As we sailed south from Ila Salvora, Ila Ons rose menacingly from the depths of the ocean. The cliffs were shear and foreboding, and even with no wind waves crashed against their unforgiving surface kicking spume high into the air.

Venturing onto the perfect beach the first treat of Ons was all around us. Donning our walking boots, rucksacks and English stoicism we meandered through the hordes of unclothed bodies, for this was a nudist beach. From Ruffian we’d spied a little path through the sharp gorse at the end of the sand and searched and searched for it. As we tried to push through the thick prickly undergrowth the unclad bodies warned us of terrors ahead, maybe these were only terrors if you had no clothes on (but you can just imagine prickly things poking dangly things!), but we heeded their warnings, turned tail and took the well-trodden non-prickly path.

Under the beating sun, gecko’s scuttled out of our way and butterflies flitted about in the gentle breeze. The greens were lush and the blues vivid. This felt like a charmed island as the heat was interspersed by dappled sunlight cast by forests of eucalyptus and all capped by charming houses built in a different age.

Returning to the beach of naked sun worshippers we launched Brock and then disaster struck. We’d followed our usual launching process; launch Brock, row out over the waves, lower the engine and motor away; but Iain was clearly all a fluster. As the engine was clicked down and the dinghy wheels bought up, the magic dinghy key popped off the engine and sunk like a stone. In the clear waters we watched it drop and drop until it finally settled on the bottom. As it hit the seabed a little light went off in Iain’s head and out came the spare he’d hidden under the engine cowling all those years ago. Finding the key was a real treat.

With dawn rising on Fiona’s birthday Iain was up early, not to get her presents ready, lay out her cards or create a luxurious breakfast. It was with the worry of being on a lee shore and waves rolling through our anchorage. Unwrapping her presents (1) and card (1) didn’t take long and we were off to find somewhere more protected with better provisioning and maybe even a romantic birthday lunch to boot.

Sailing into Beau in Ria Pontevedra we found flat protected waters but something was amiss ashore. For weeks we’d been preparing for a big shop, we had planned a birthday BBQ and now we had some big shops to do that shop in. The town was eerily quiet for a Saturday and the shops scarily drawn and dark. What was going on? In our planning we’d not taken into account that Saturday was Ascension day and in ‘celebration’ the whole of Spain was on holiday.

The only place that wasn’t on holiday was a lonely bakery and so instead of a romantic birthday lunch we decided upon some locally made empanadilla’s. Empanadilla’s, for the uninitiated are the Spanish version of a Cornish pastry. They are full of yummy goodness, where the pastry is light and fluffy and are baked to a stunning golden brown. The Empanandilla’s we’d sourced unfortunately were Empanadilla’s in name only. Their filling consisted mainly of air, the pastry was a heavy as lead and the usual succulent golden brown was replaced by an insipid yellow base. Not romantic, not a lunch, not a treat.

The final treat of the day for Fiona were some long awaited unpleasant boat jobs. A nasty smell has been emanating from the anchor locker and the only way to get to the bottom of it would be to remove the chain, clean the locker, flush the pipes and clean all the filters. With the chain on deck the cleaning began; handfuls of mouldy slimy seaweed were removed from the locker, litres and litres of water was flushed through the system and finally we took to scrubbing any mud off the chain. What a truly delightful birthday treat.

For the first time since arriving in Newlyn all those months ago the forecast is predicting some rain and the rain has been of biblical proportions. The torrents of water have thoroughly cleaned the decks, there isn’t a speck of salt on any of the windows and any sand has finally been flushed out of Brock. This just goes to show that even when things aren’t bright and sunny there are treats to be found in every situation. 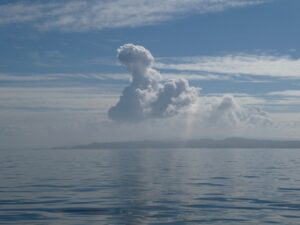 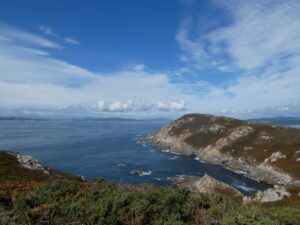 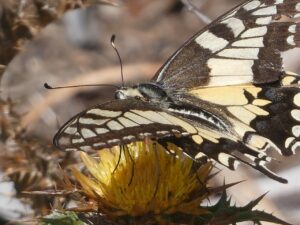 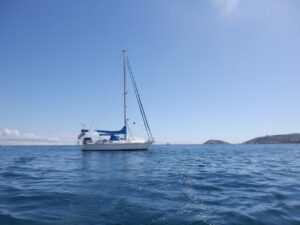 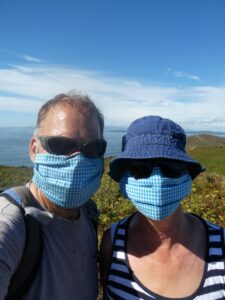 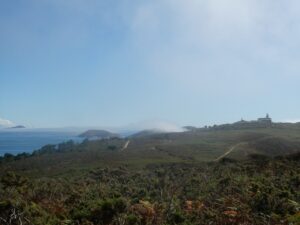 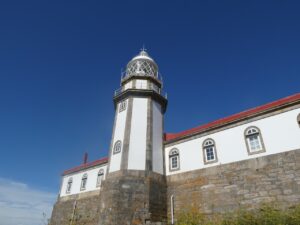 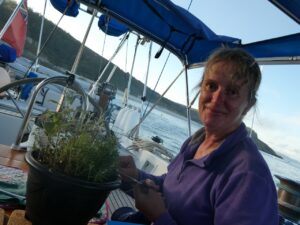 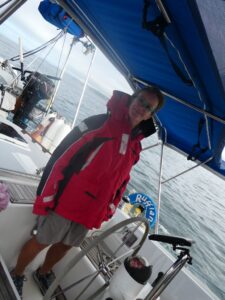 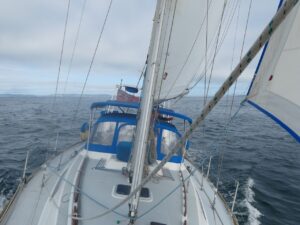 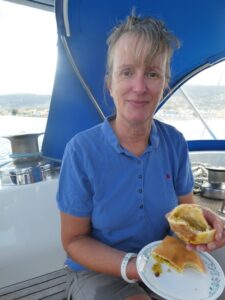 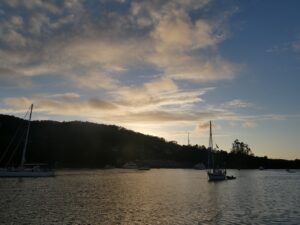 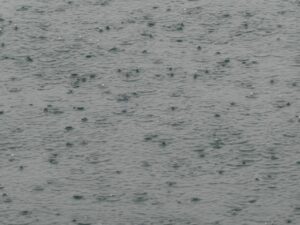 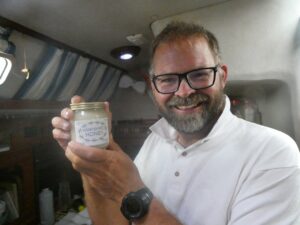 We are certified Portuguese residents! With our ne

Such a beautiful still night. We have ventured 20

Pretty constant 30 knots of wind and lots of rain.

It’s not all sun, sea and sand. Sometimes we hav

Leaving Portimao at dawn. Chilly aye! We will mis