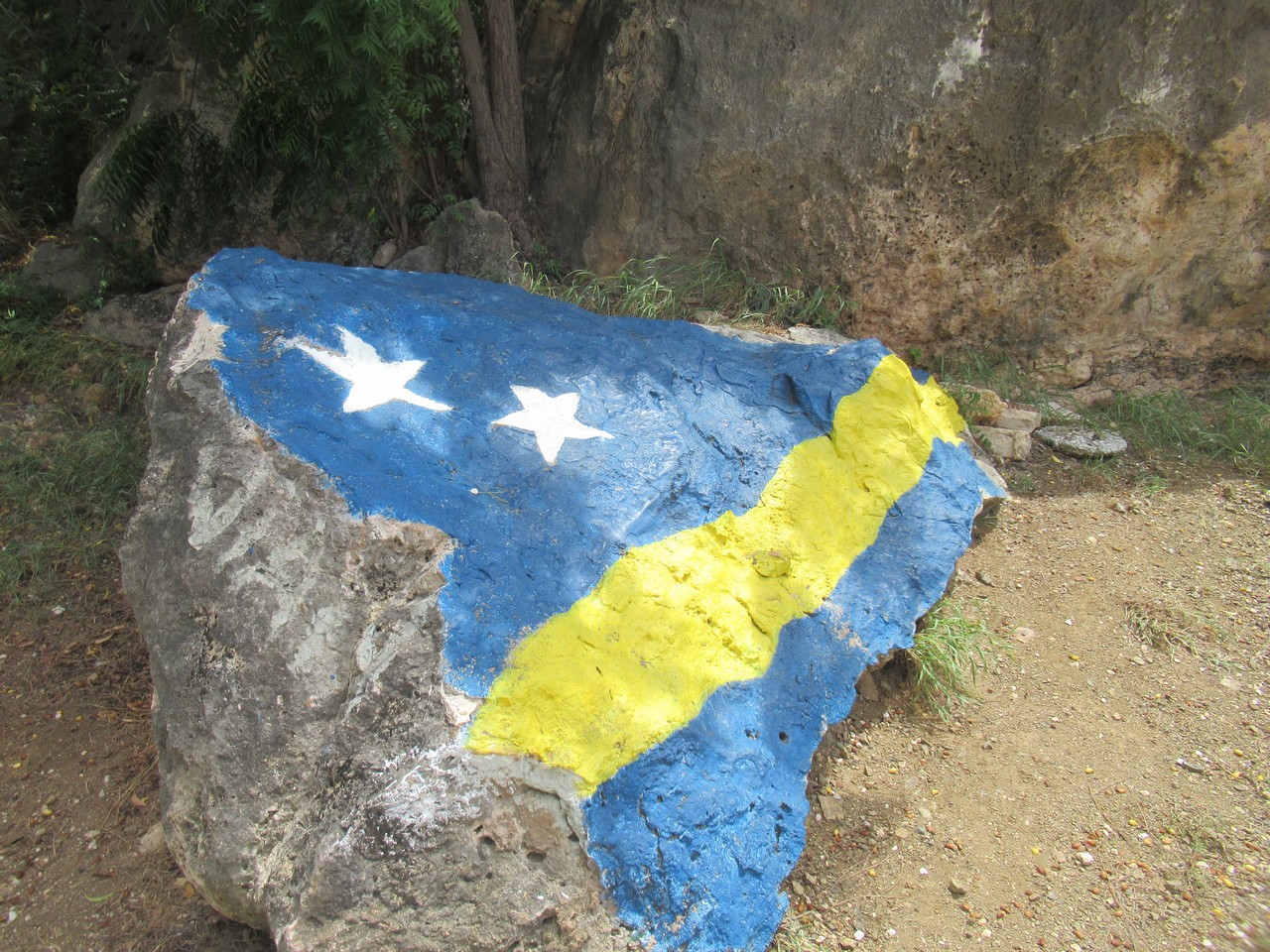 We’ve never stayed anywhere as long as we were in Bonaire and as we have been stationary it seems like things that usually live on Ruffian were distributed around boats far and wide. Paddleboards had to be retrieved from Sauvage, hard disks were returned by True North and most importantly our Bimini had to be discharged from the Bimini hospital.

After lots of miles the Bimini had suffered and needed some TLC but in the absence of a sailmaker we were unsure who could fix it. Thinking a seamstress might be a good start we unrolled it in her studio while surrounded by manikins clothed in ball gowns and ladies being fitted in leather skirts. Every wall was adorned with sparkly sequined material and boxes were stacked tall with every sort of accessory imaginable. Surveying the work, she nodded, sent us on our way and told us to return in 5 days’ time. We just hoped that when we returned the accessories and sequins would have remained on the walls and in their boxes.

Upon our return she looked pleased as punch to see us. We unrolled the bimini expecting gregarious colours and tassels, but instead it had been restored to its previous glory, every frayed edge had been removed, every worn seam resewn and every chafed hole patched. It was no wonder she looked so proud; she had done a job to be proud of.

Knowing that Curaçao isn’t as cruiser friendly as Bonaire we set upon a morning of chores. While washing spun in machines and removed all our grime we headed off on our Brompton’s to the supermarket to fill Ruffian’s lockers.

After weeks of limited fresh produce, no eggs and meat that looked alive enough to walk again, we were amazed to find shelves bulging with everything we could wish for. Our trolley was piled high and every bag we had was filled before loading up the Bromptons. This is where Iain felt that the precious eggs needed protecting.

Stacking the bags on the front of his bike he ensured that the eggs wouldn’t be crushed as he happily tottered his way out onto the main road. Without a care in the world, he gently pedalled but suddenly those cared for eggs were ejected from the bags and ended up in the middle of the road. If they survived the fall they didn’t survive the wheels of the huge monster truck that at that moment sped past spraying egg guts everywhere.

With all our goodbyes done, all aquatic life spotted (with the exception of a seahorse) and all our possessions back on Ruffian we undid our lines from our mooring and headed out to sea. We were once again in a happy place where life became simple and we could focus on the satisfying task of sailing the in the ever consistent and easy trade winds.

While we sat and read books Tom and Karmen on Sauvage set their spinnaker and overtook us, and in the background we could see something else that was going to overtake us. The ever-consistent trade winds were being interrupted by some big scary looking black clouds with lightening giving the occasional flash and Ruffian shaking with each clap of thunder.

We could see the line of rain approach and the radar told a story of almost endless rain. Visibility was reduced to zero, boatspeed plummeted while the windspeed rocketed. Over the past months we’d grown ‘soft’ being in a closeted anchorage, not having to deal with the vagaries of weather and not having to manage risk. As the thunderstorm overtook us and we popped out the back it felt good to be at sea again and not living in a risk-free world.

Snaking our way through the narrow entrance into the lagoon in Curaçao the water was impossibly flat and incredibly protected. For the first time in months the anchor hit the mud, dug in and held us fast but as soon as we’d settled back we heard the ominous sound of approaching dinghies.

Before we could explore the island, we had the not so simple task of formalities to complete and that involved a bus ride, long walk and lots of forms. As we sought out Customs, Immigration and The Port Captain, we weaved our way through the meandering streets of Willemstad and were kept amused by the art that covered every building. Everything was covered from dilapidated walls to swanky houses and every architectural feature was used as a part of the art.

Having checked in we retraced our steps and Iain, being the fluent Spanish conversationalist that he is(?), asked some builders where they got their icy treats from. Within moments, in the company of some burly builders, we were ushered down a dark alley in the hope that we’d be getting some treats, but it felt like we were about to be mugged.

Emerging from the gloom a cold box full of frozen soursop, guava and pineapple smoothies appeared. This was no mugging and as we handed over just pennies for our treats, we felt like we’d welcomed into a warm embrace (tinged with lovely frozen treats).

We have entered a new country, a new community and a new culture the painful ‘goodbyes’ of Bonaire have been made less painful by the welcoming ‘hellos’ of Curaçao. 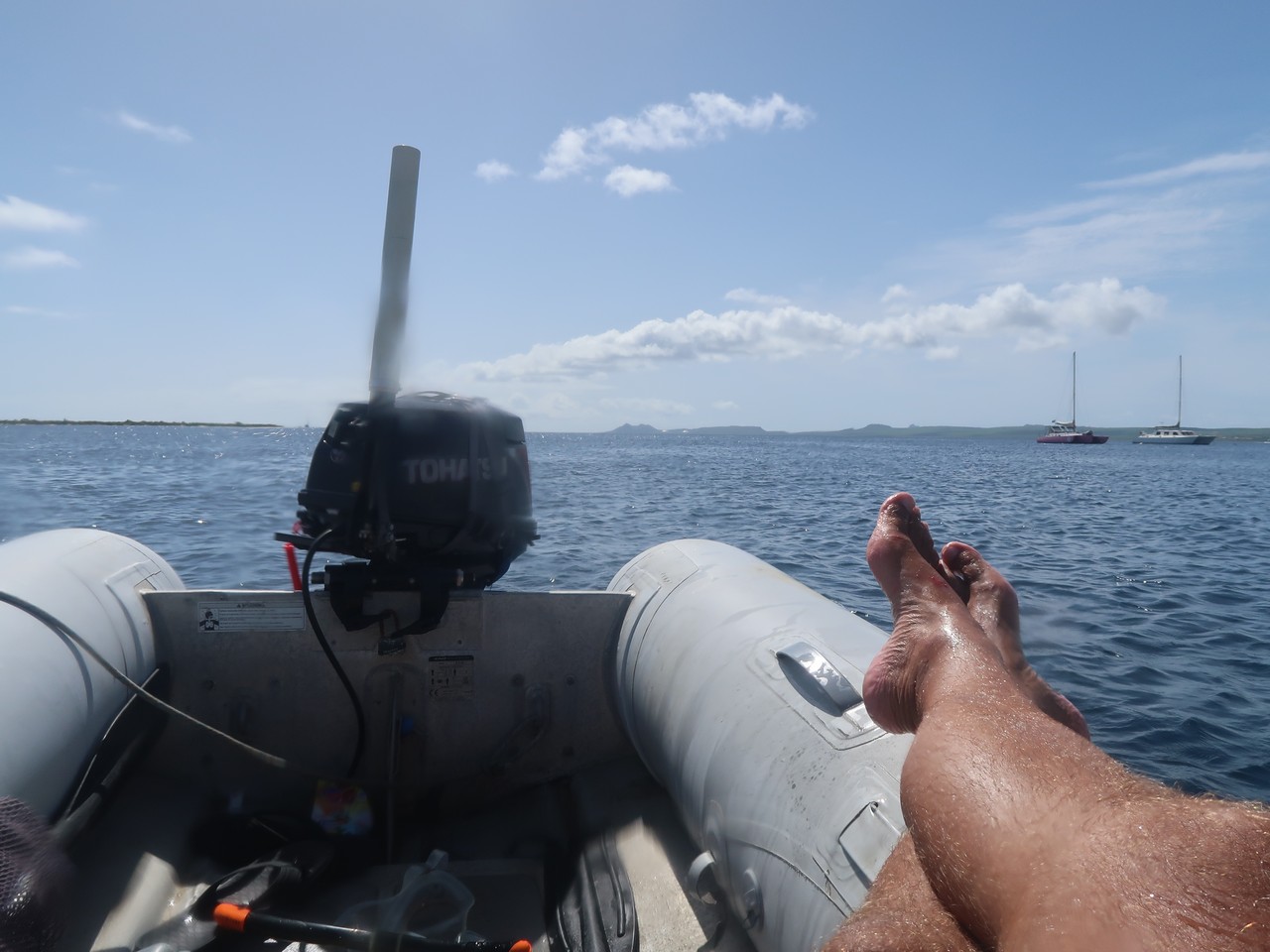 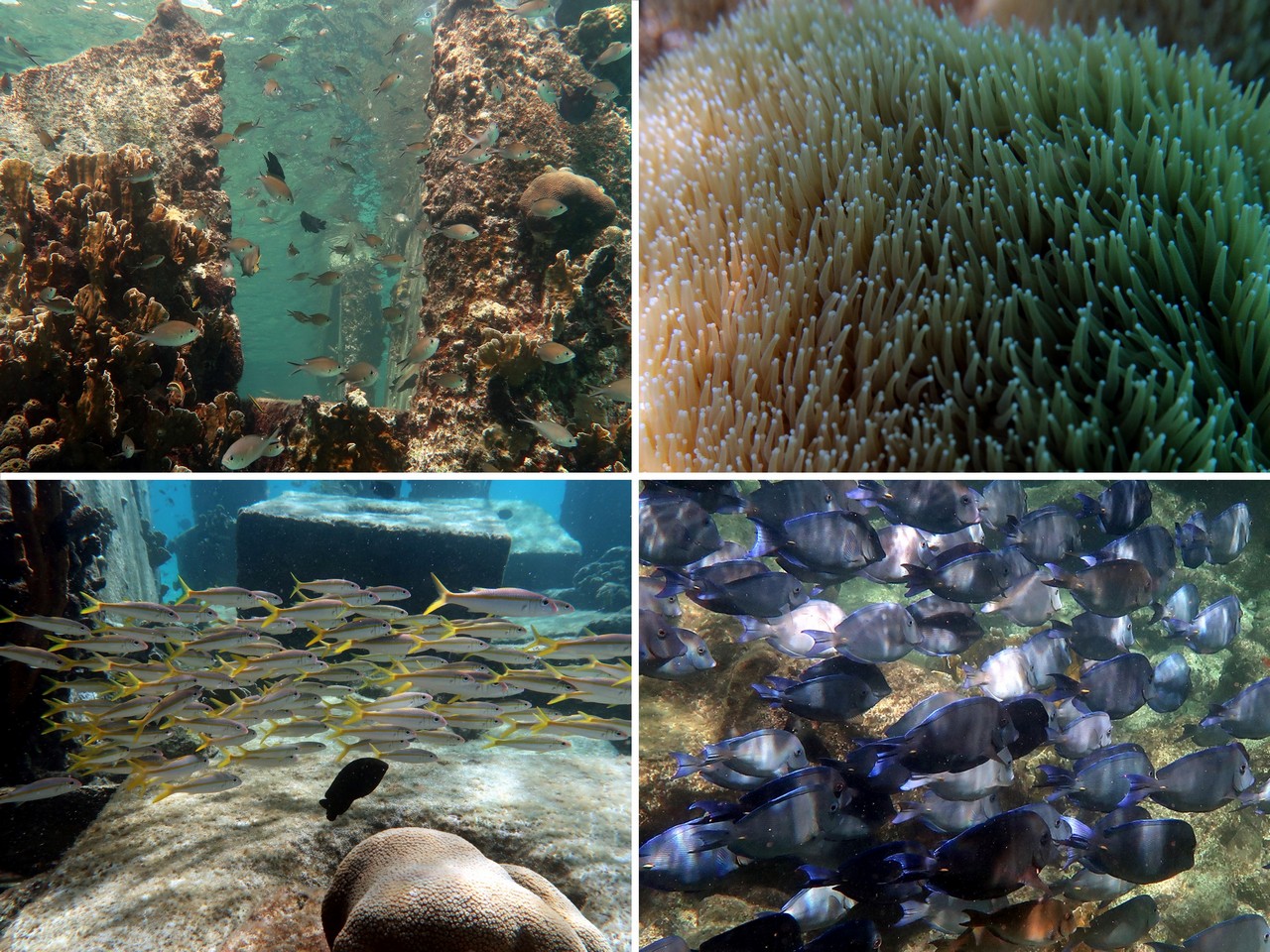 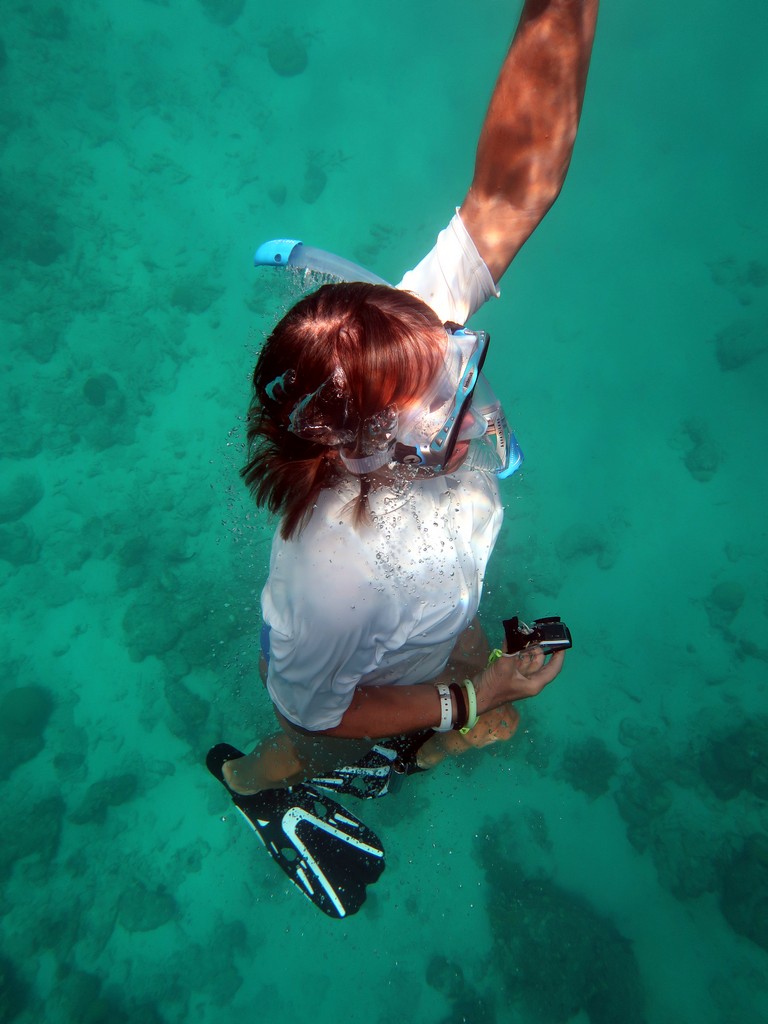 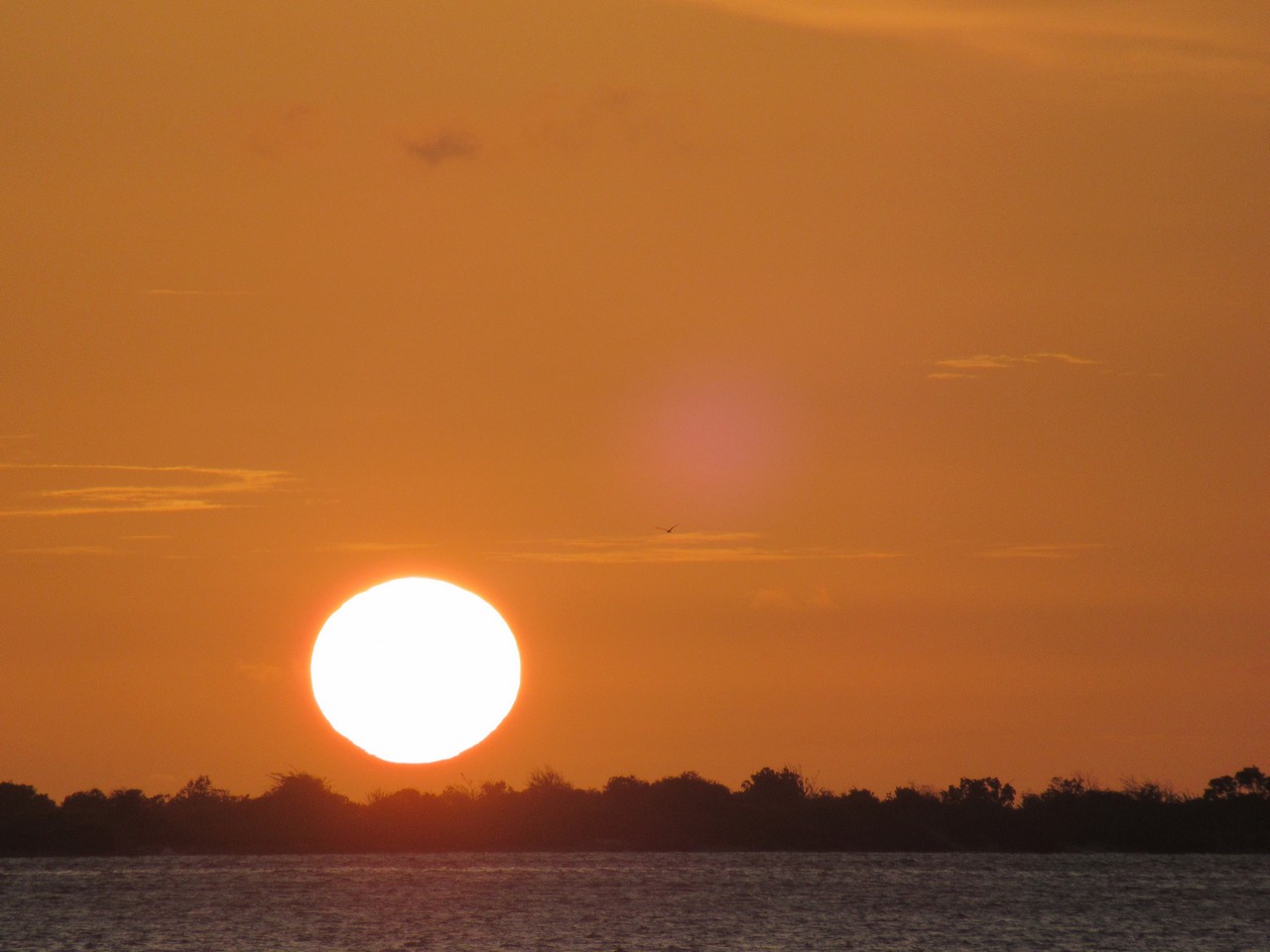 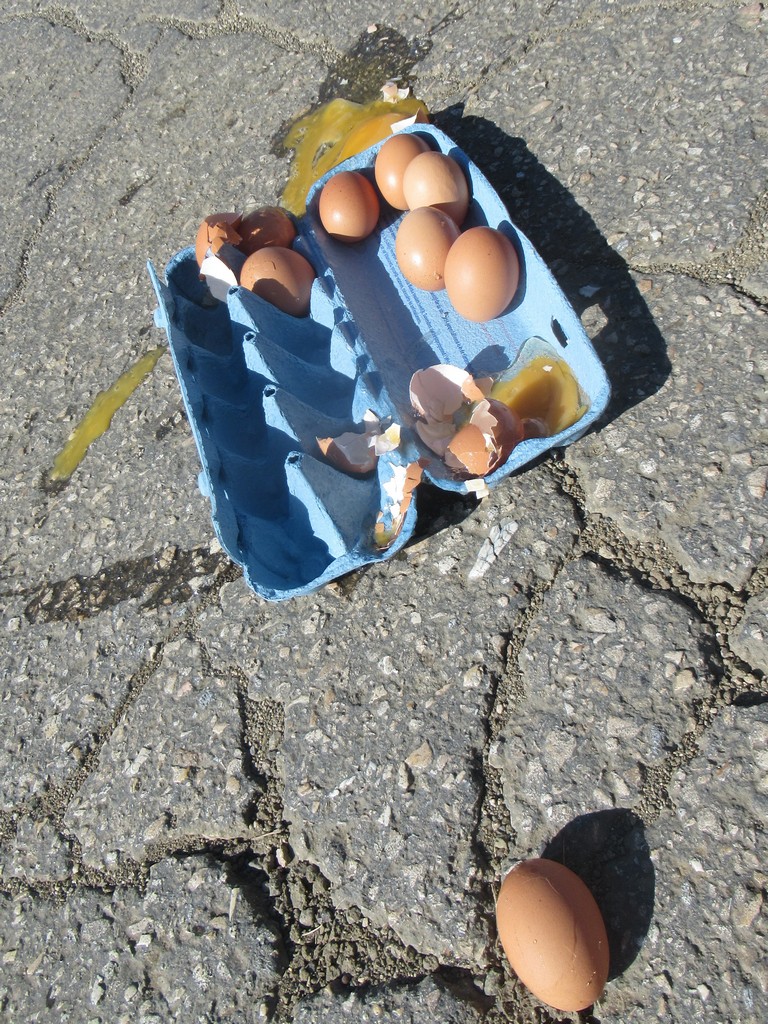 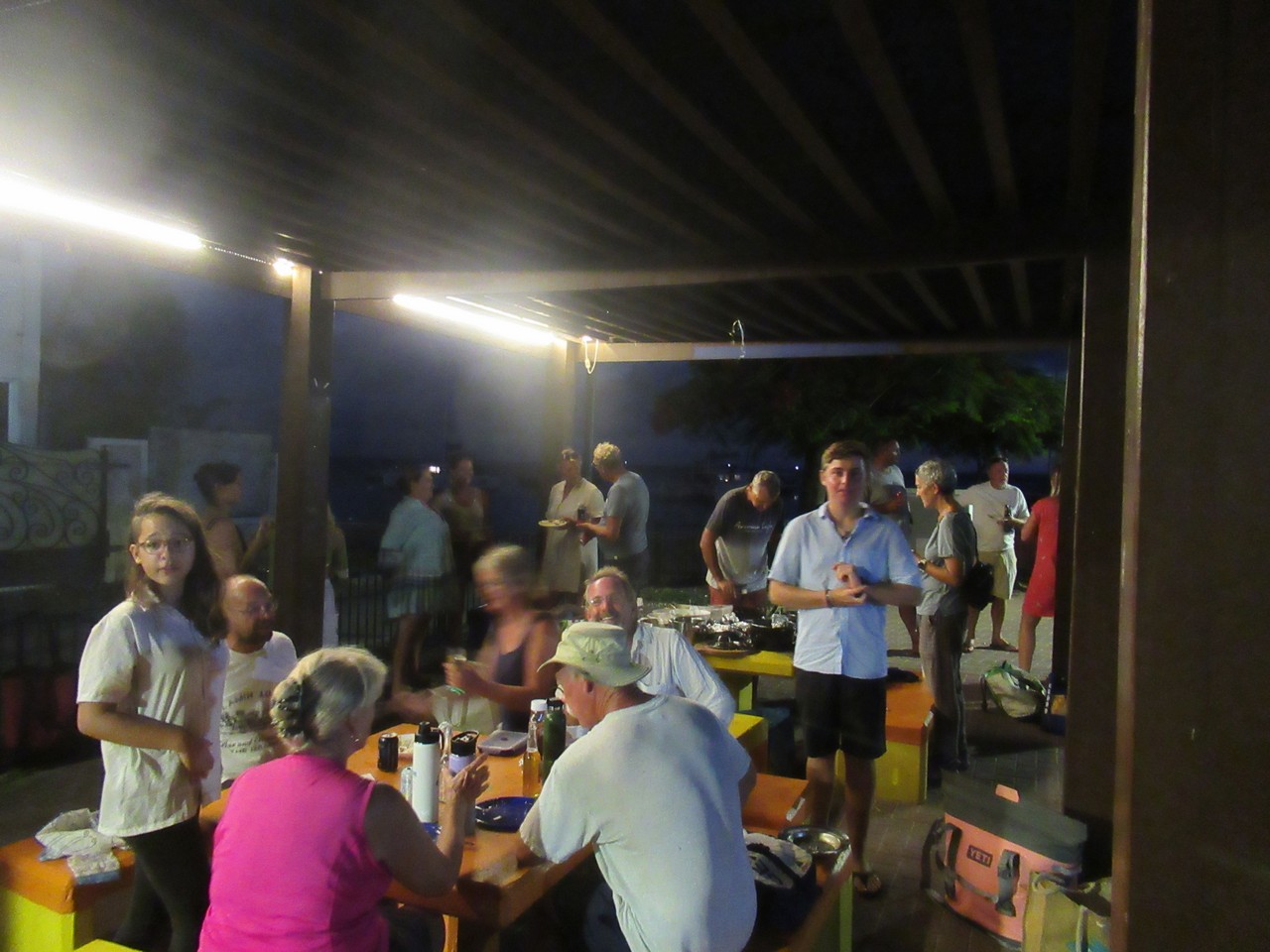 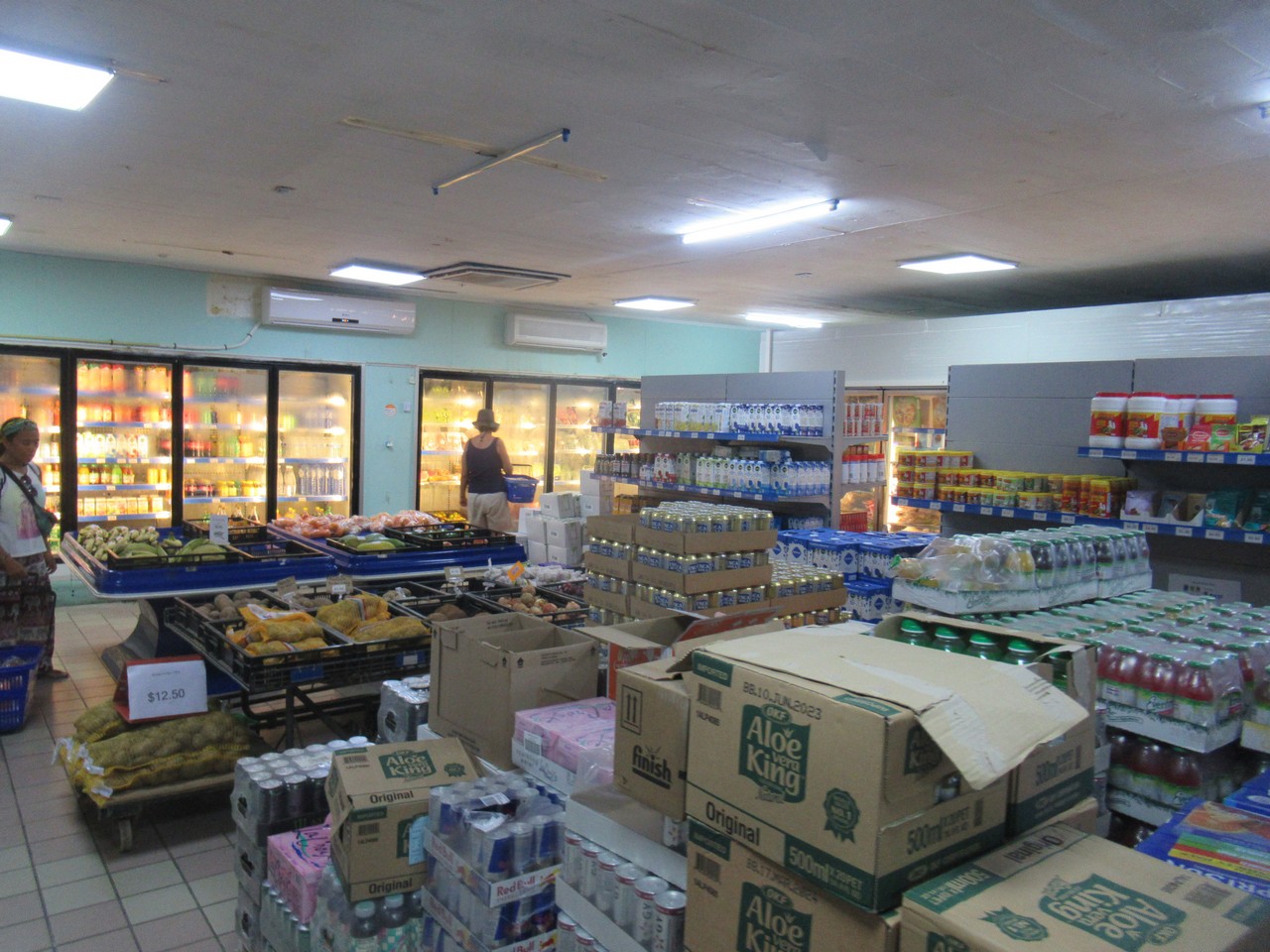 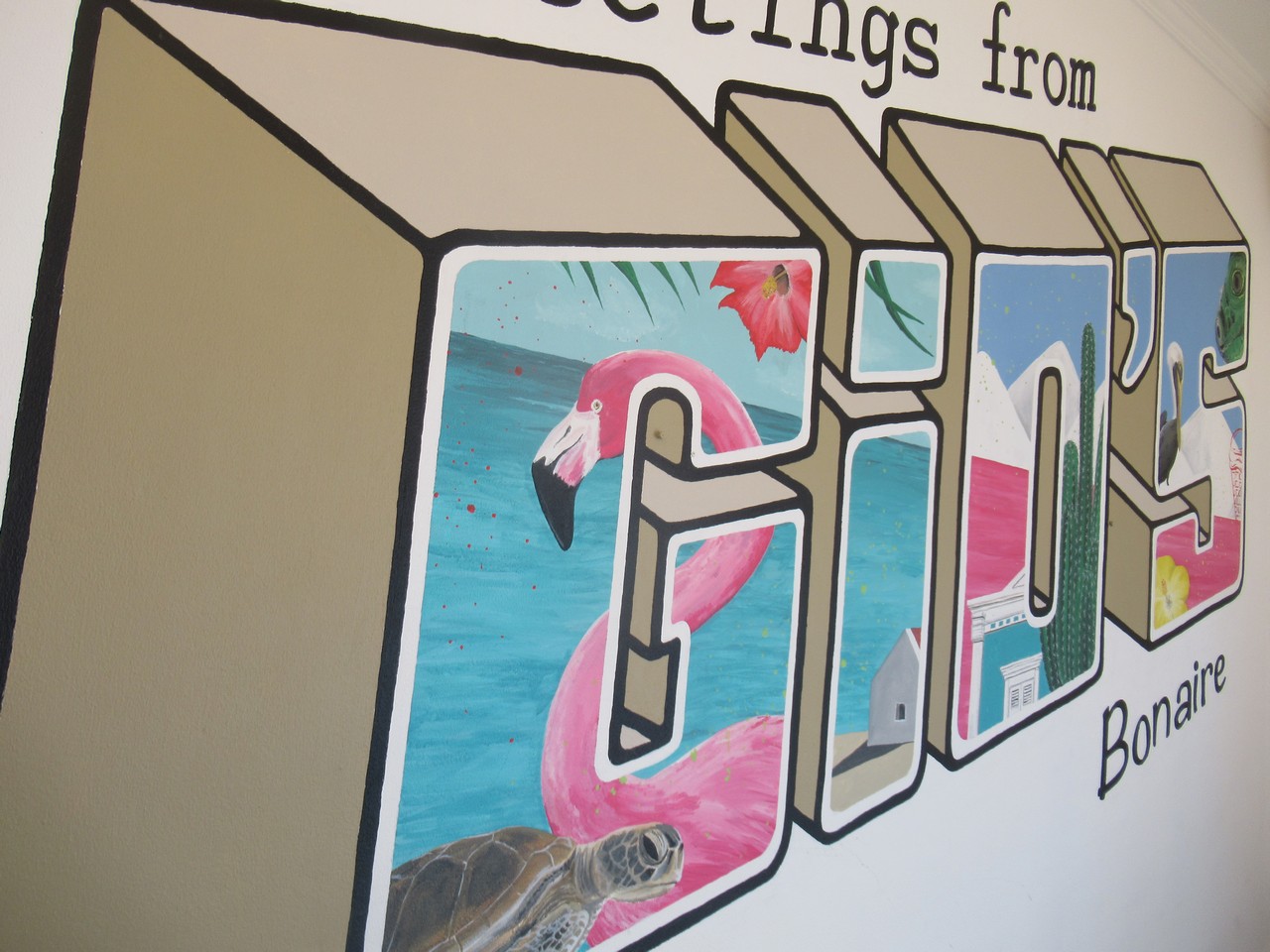 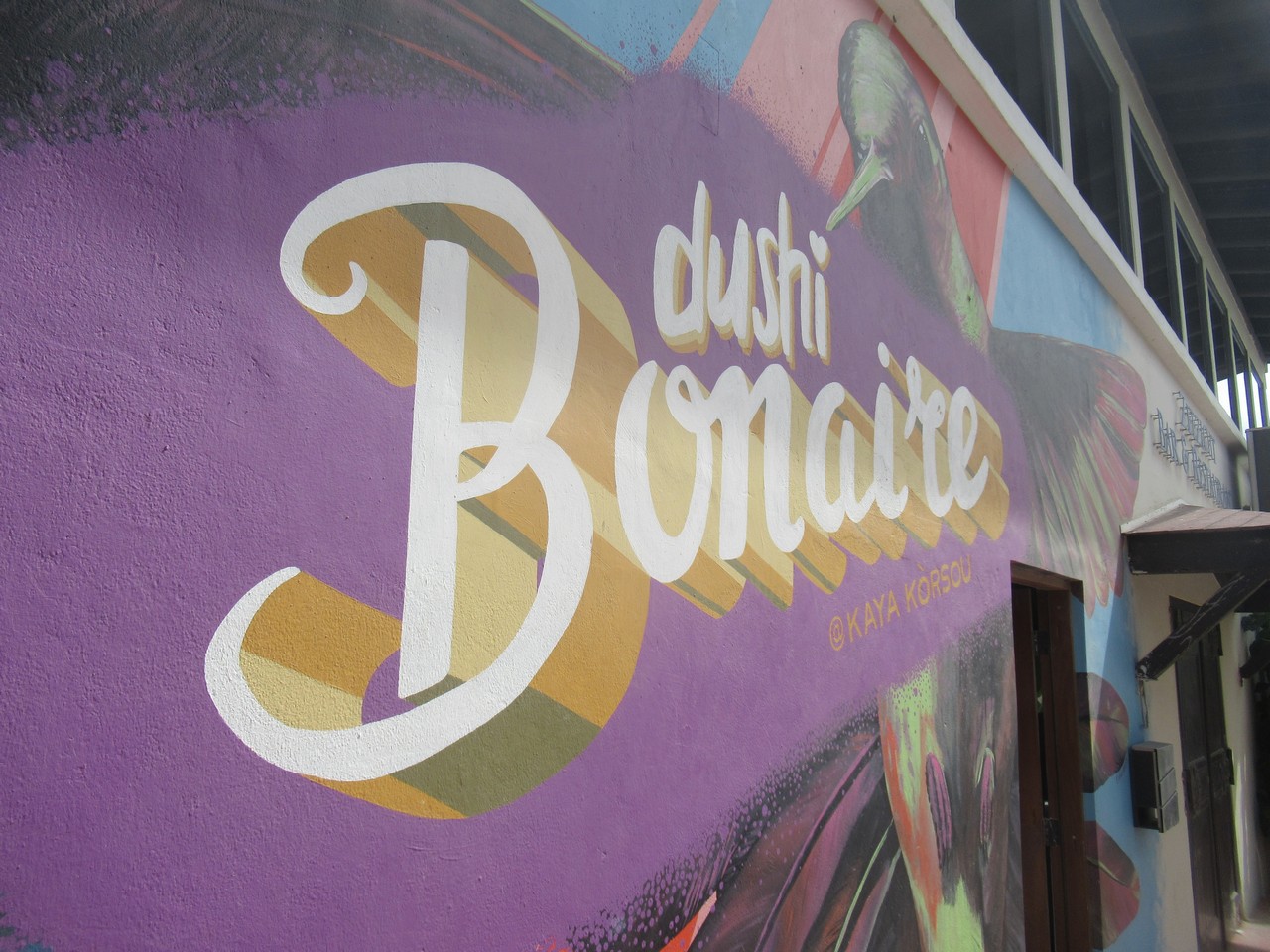 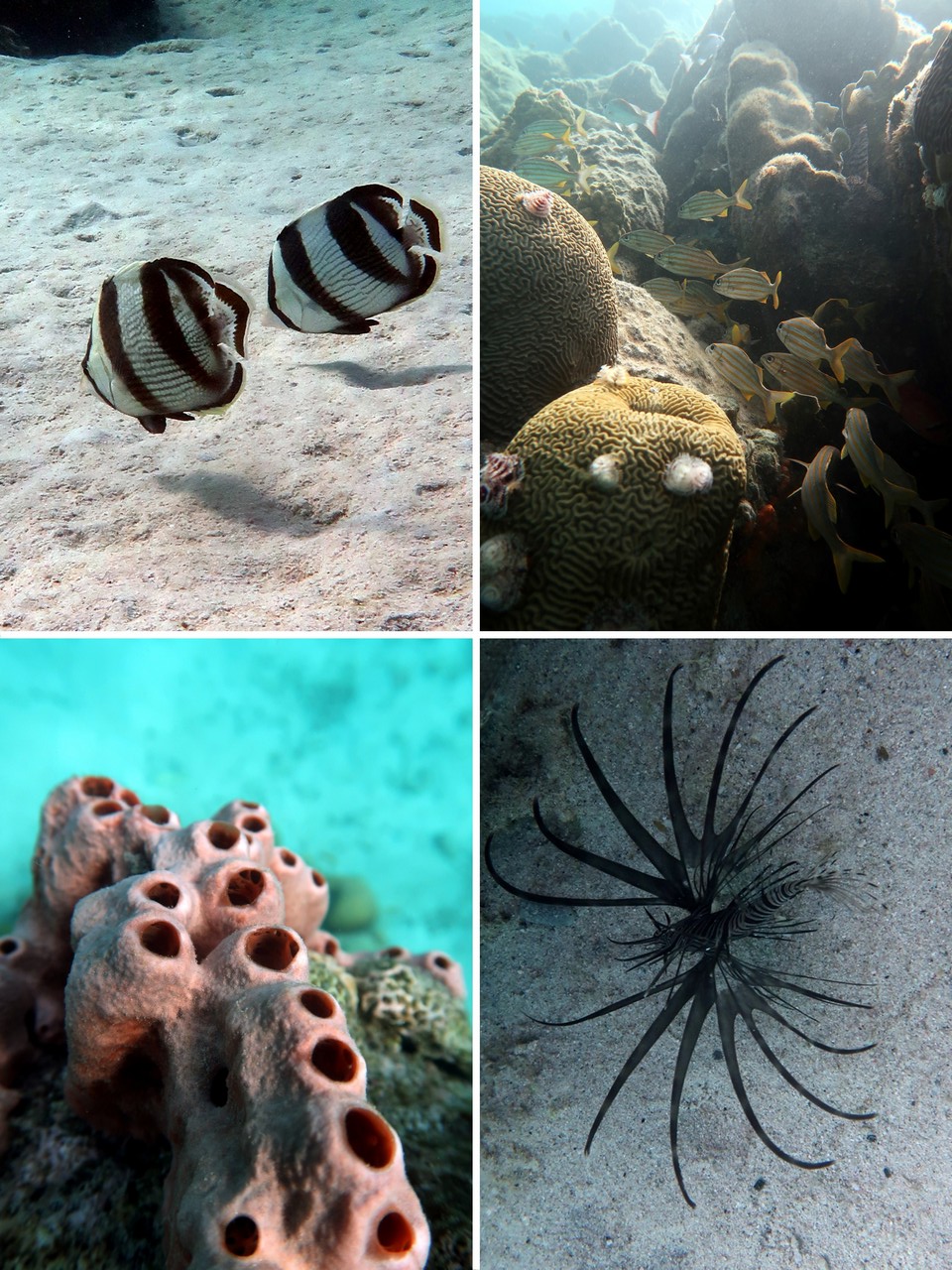 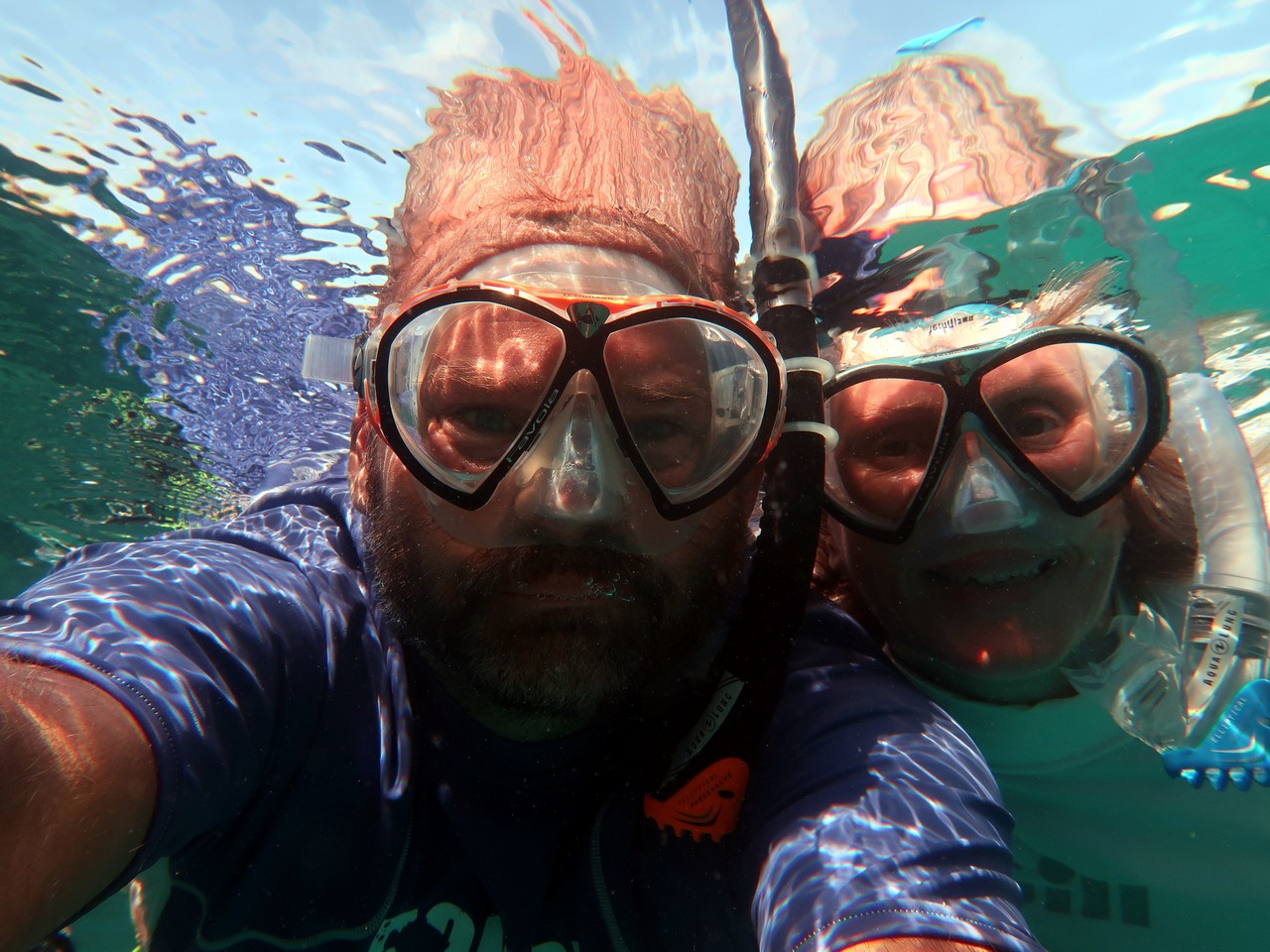 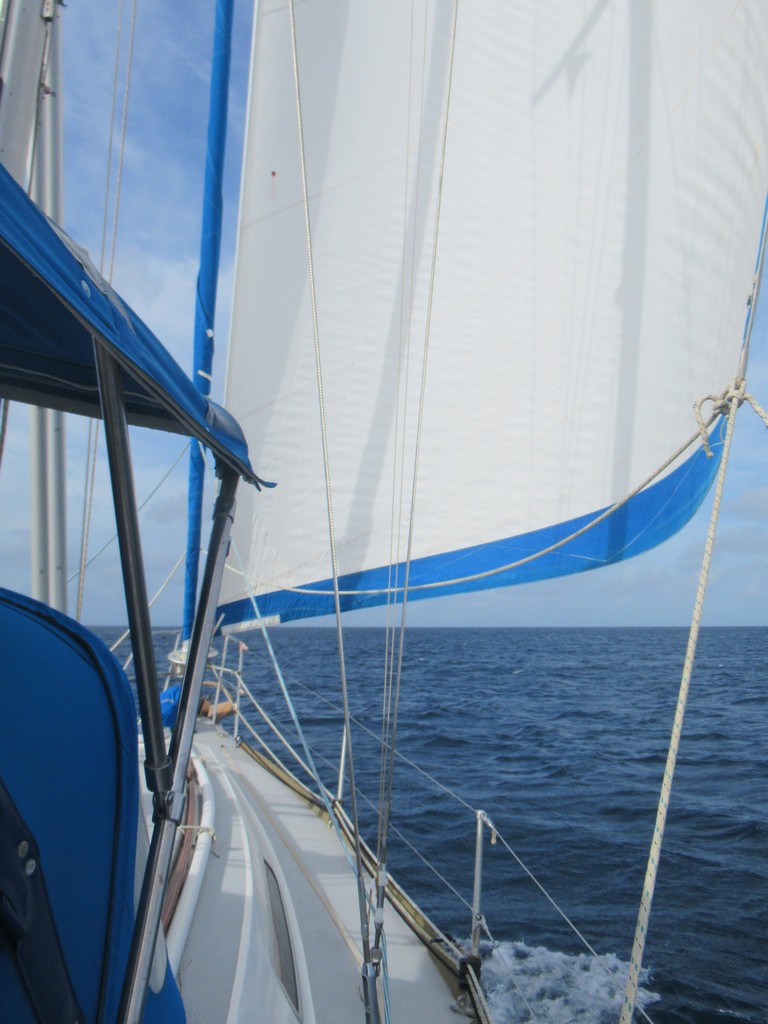 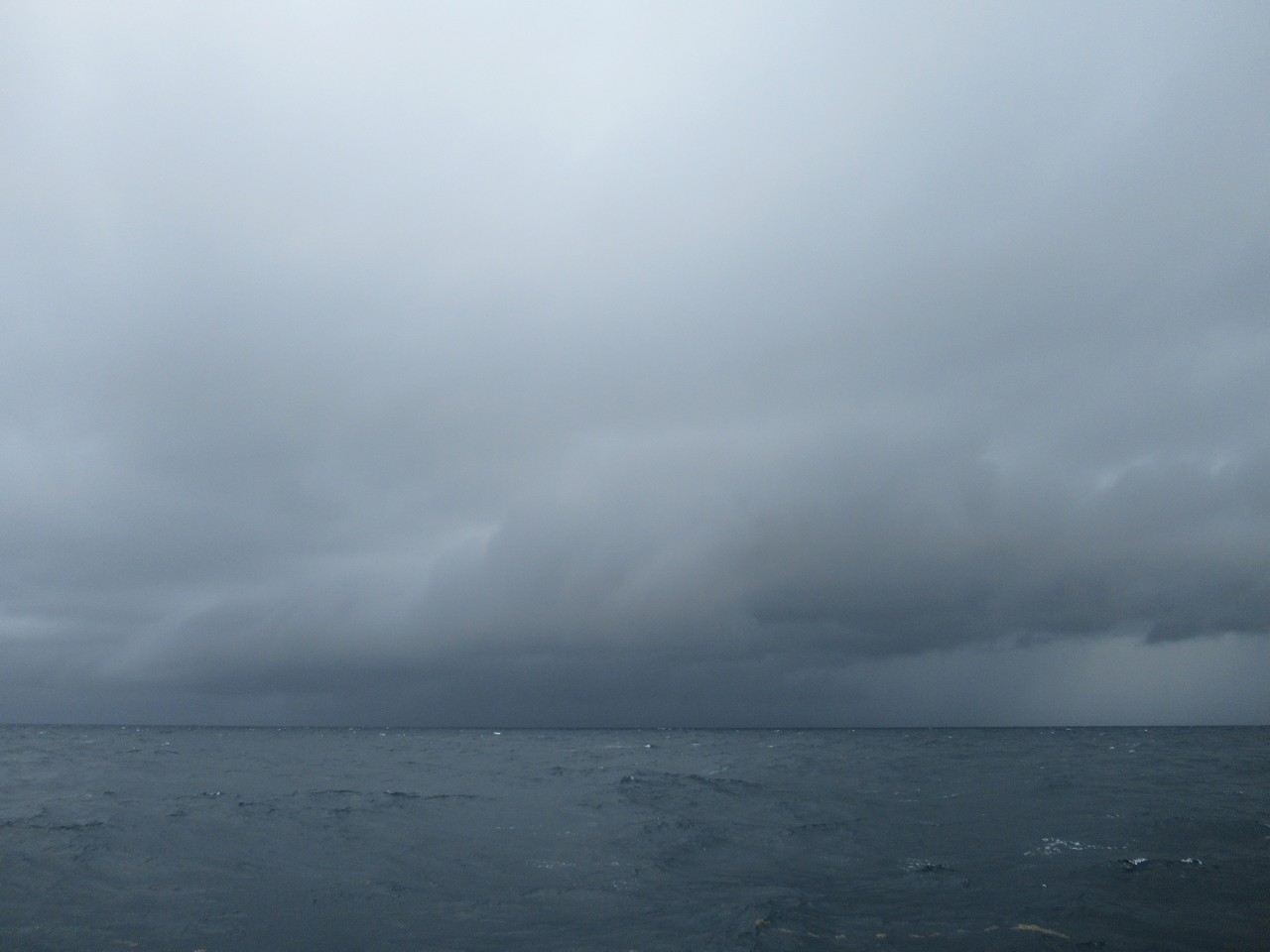 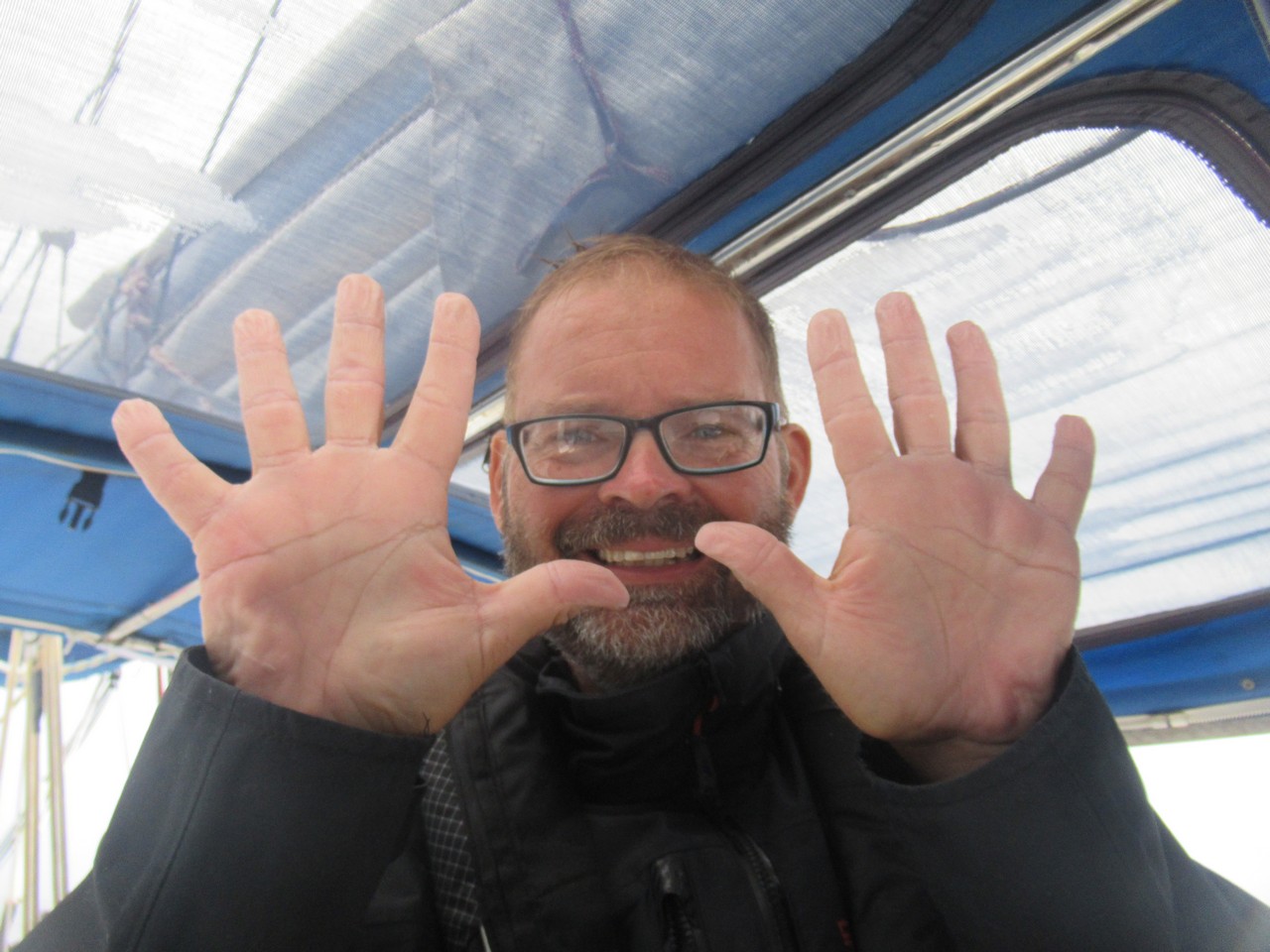 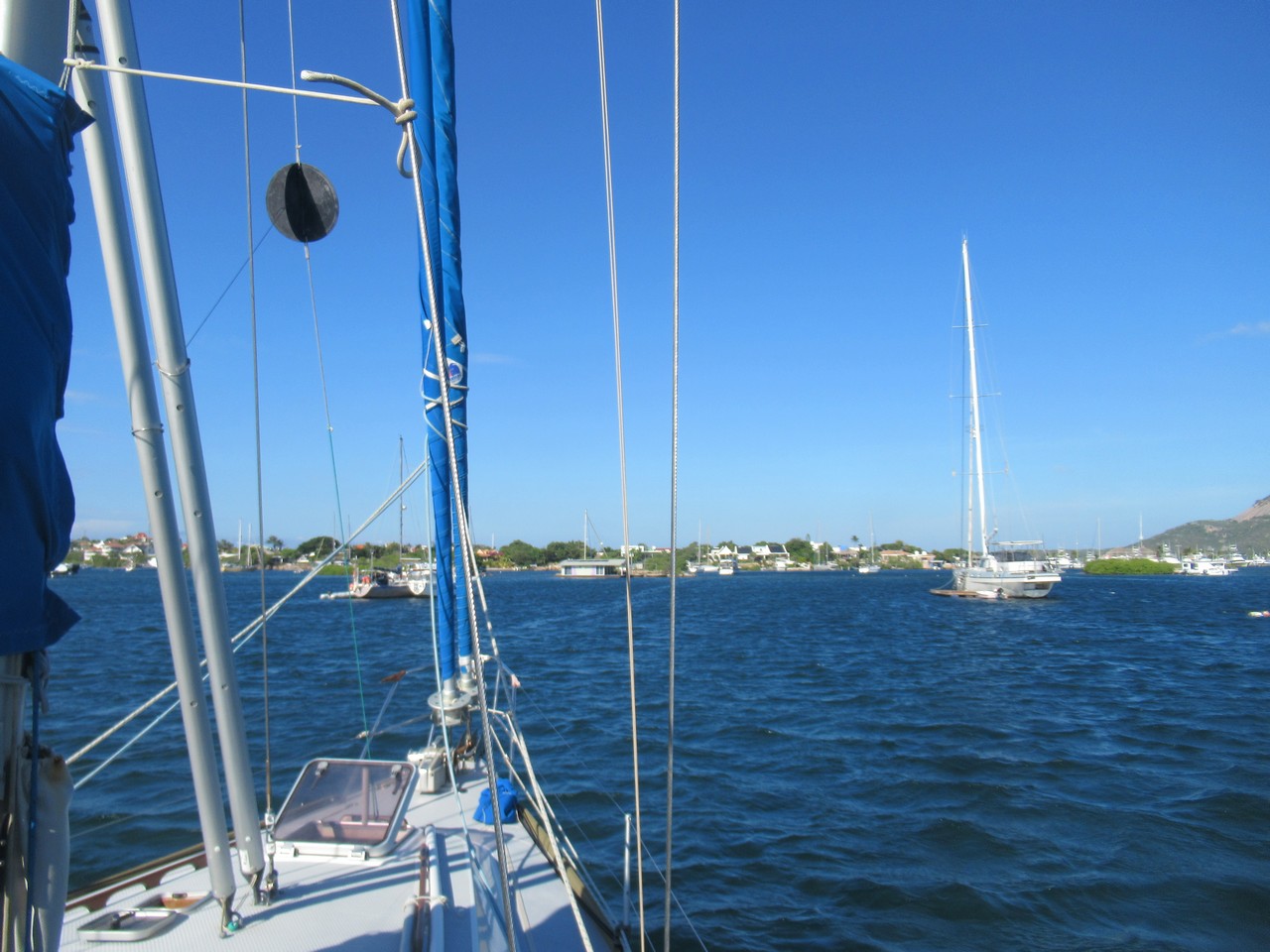 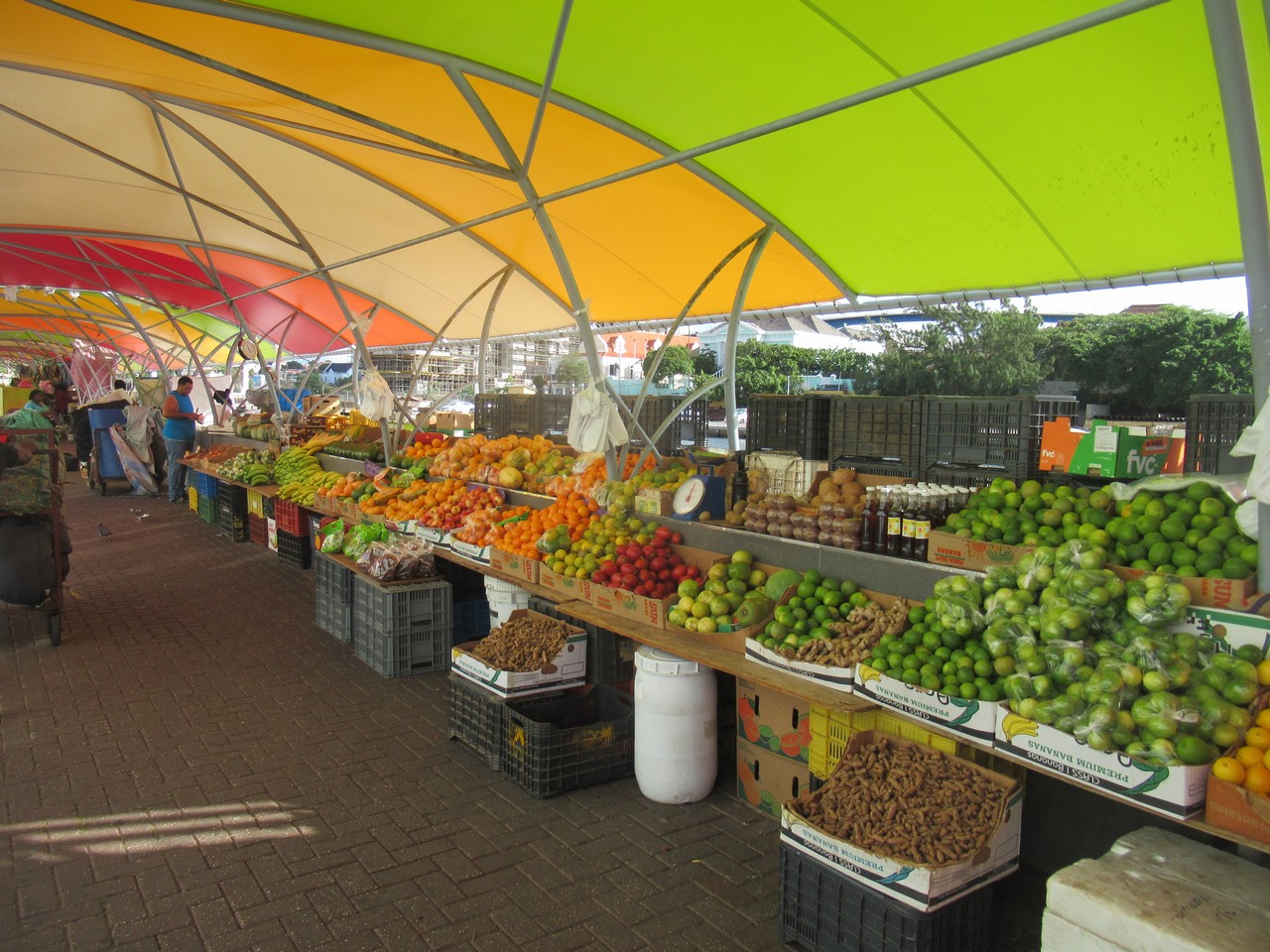 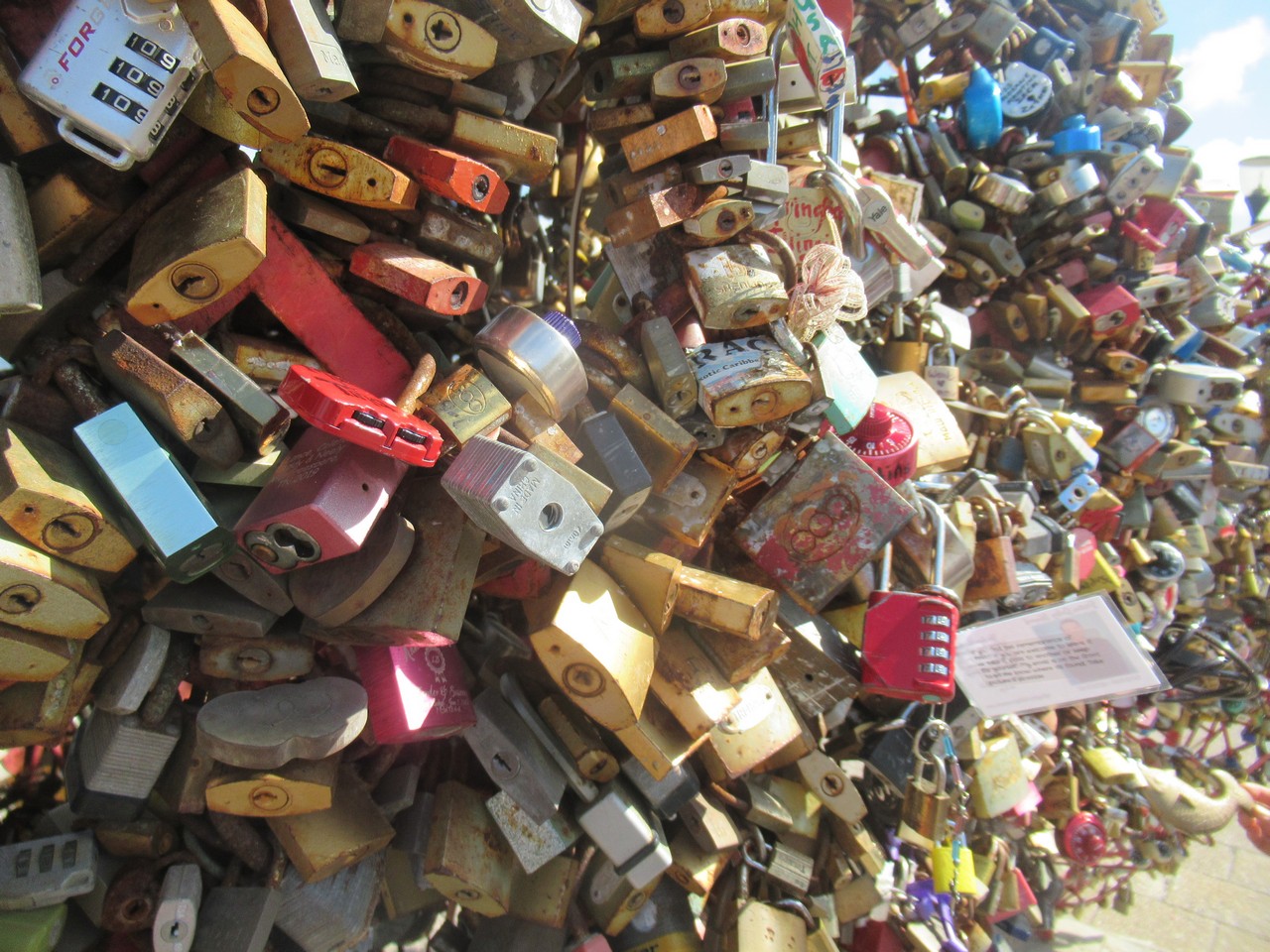 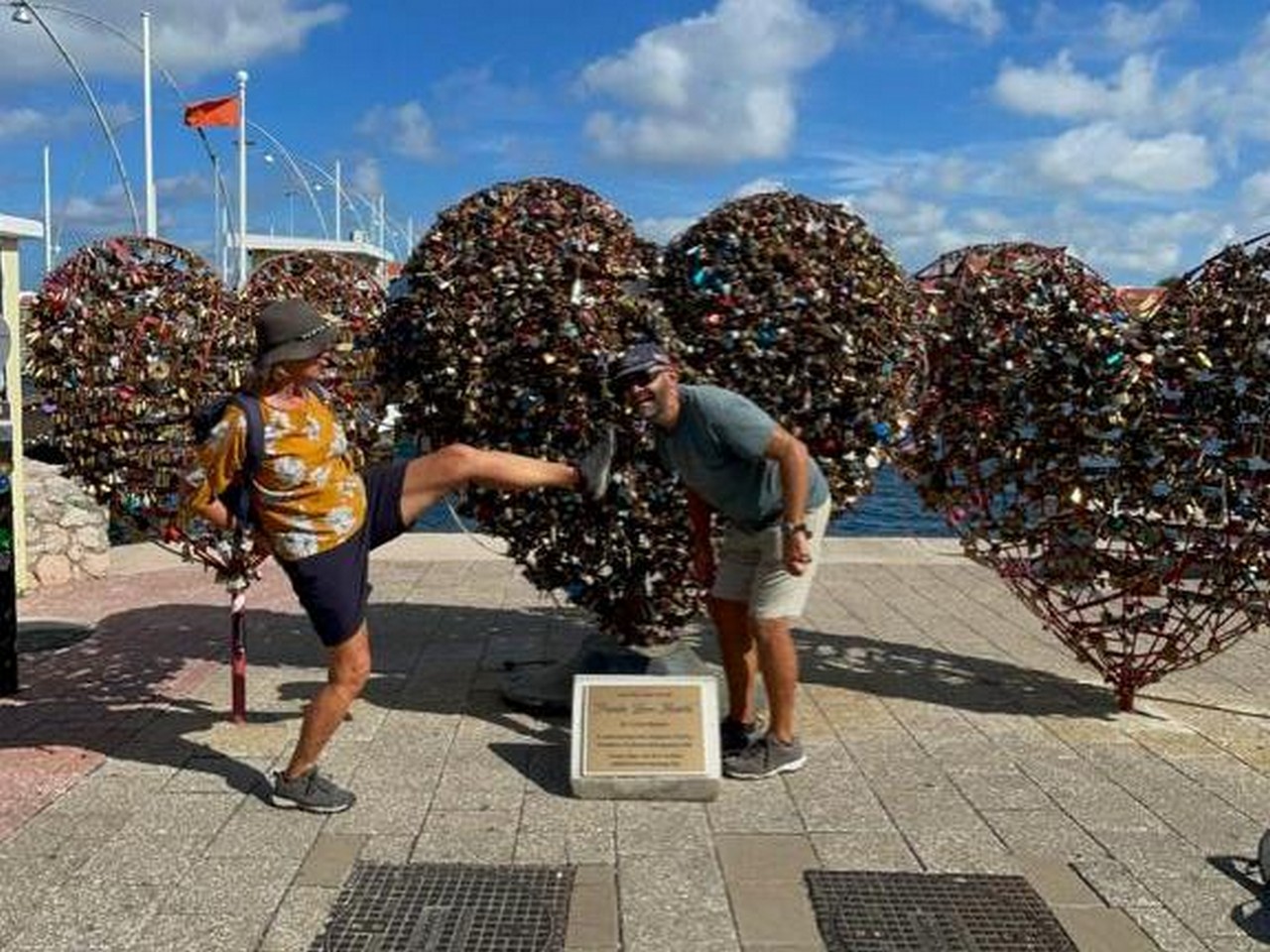 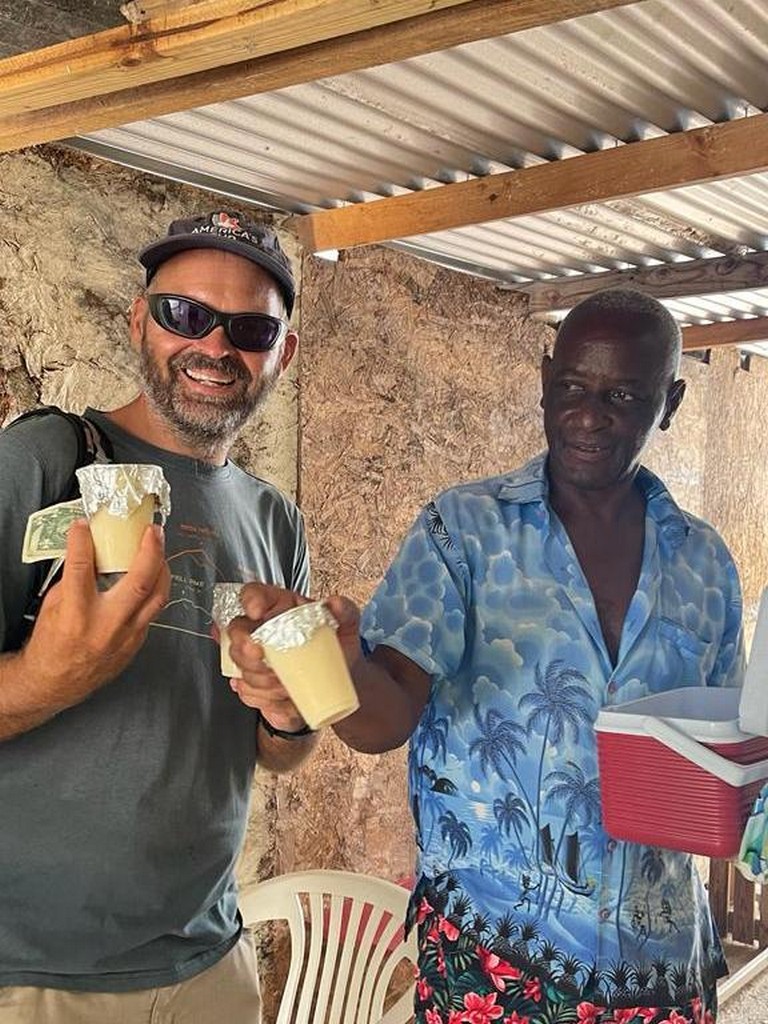 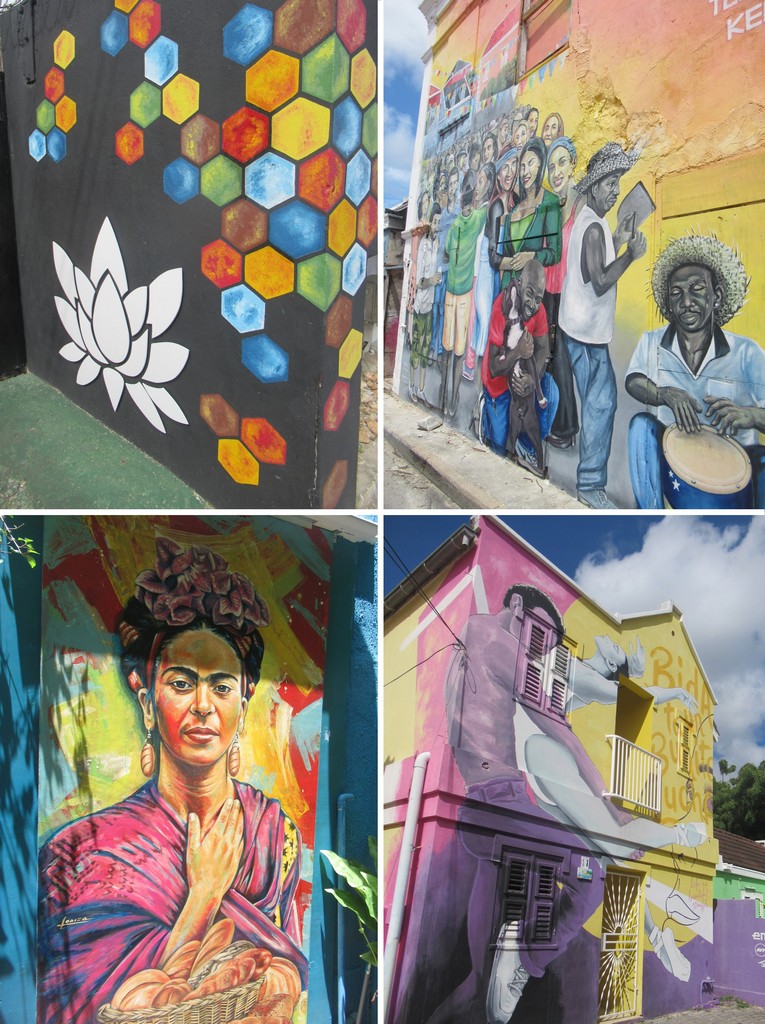 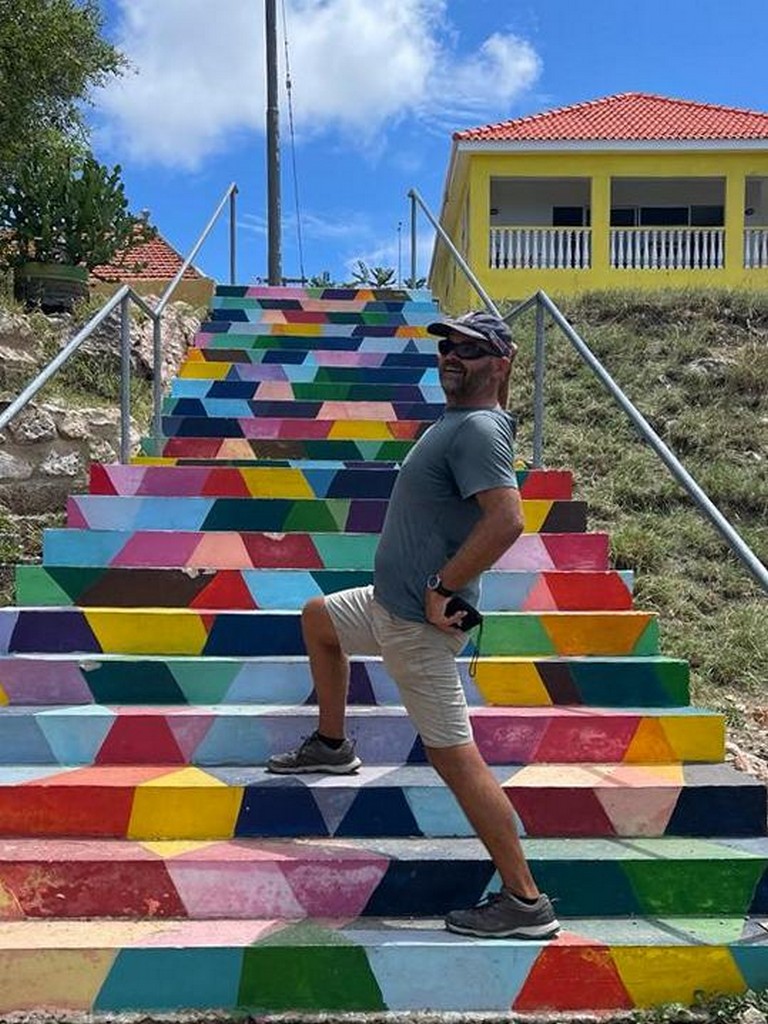 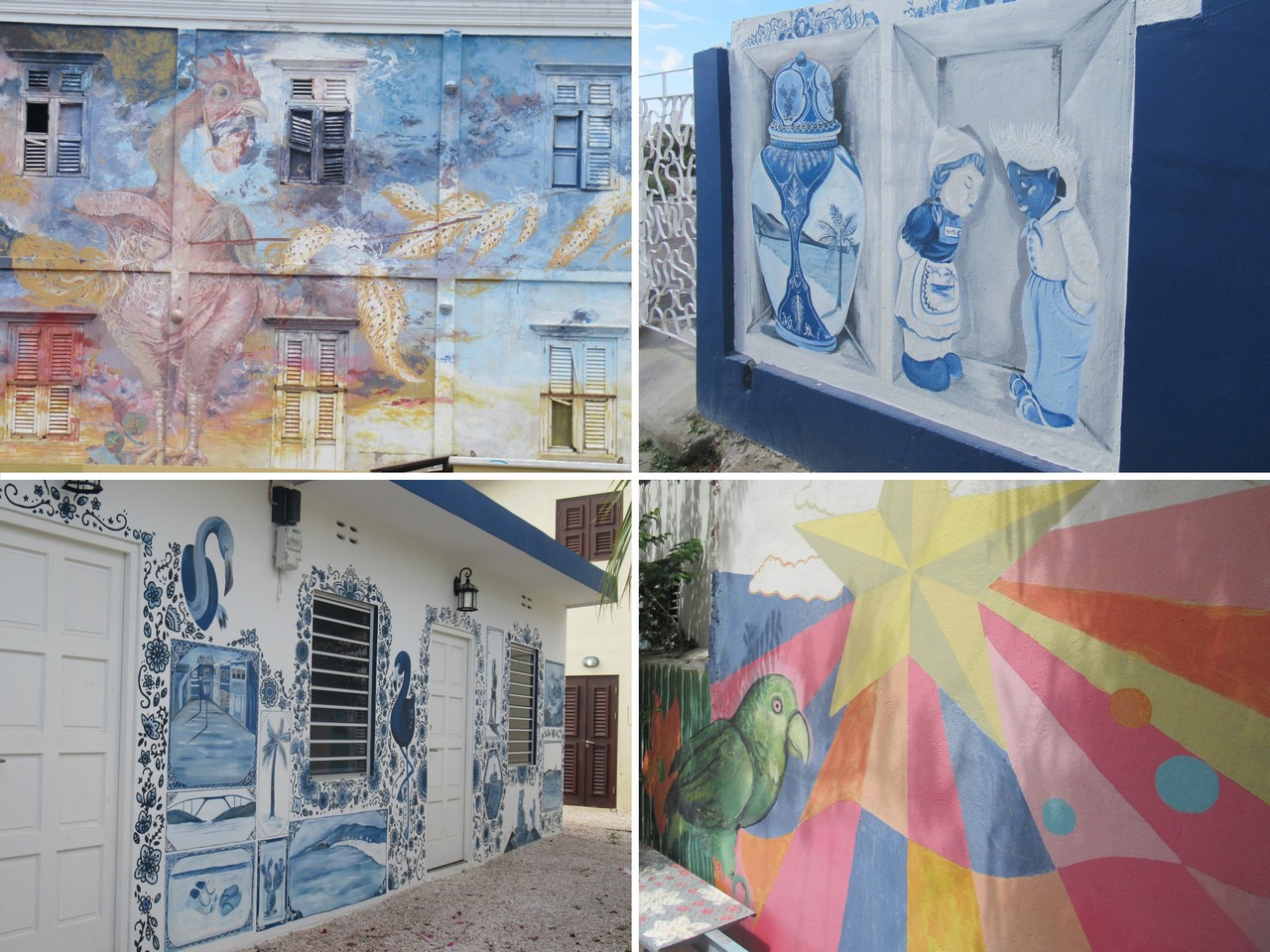 1 thought on “Goodbye’s and hello’s.”

Morning Dinghy safari! After that it rained!

Why take the dinghy, when you can anchor right bes

New blog! “One door shuts. Another one opens”

We got all dressed up today. Yesterday, the army

A very rainy day and night (it is the rainy season

Could this be our most beautiful anchorage ever?

Morning commute! On our way to fitness class.

We have been honoured to share the “Separation D